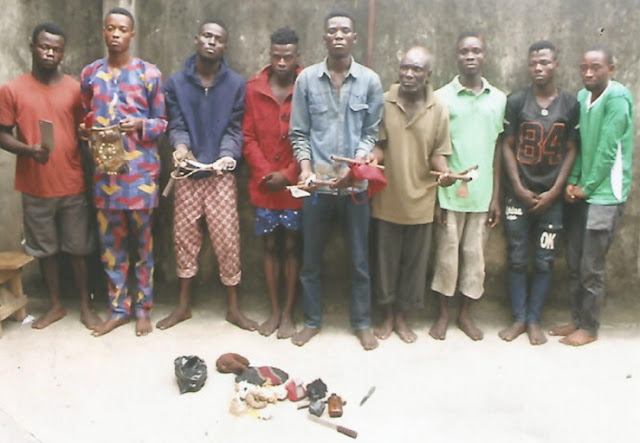 A police crack team led by DSP Festus Olaniyi of Lagos FSARS strike force unit 1 have arrested nine fleeing cultists a month after a raid on their hideout in Iperu Remo and Isara area of Ogun State.

Items recovered from the suspected cultists arrested during initiation ceremony at Iperu Remo and Isara area of Ogun State include charms, a cutlass, an hammer, 2 knives, and 8 battle axe.