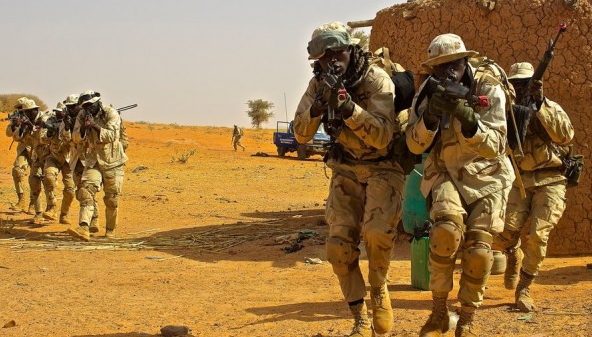 In a statement released by the spokesman for the 8 Task Force Division, Col Timothy Atigha in Maiduguri today, 10 Boko Haram insurgents were killed in a clearance operation in 3 villages located in Marte LGA of Borno state.

The army revealed today that the 10 terrorists died in two separate ambush attacks against Boko Haram in Mowo, Maza and Danari villages. 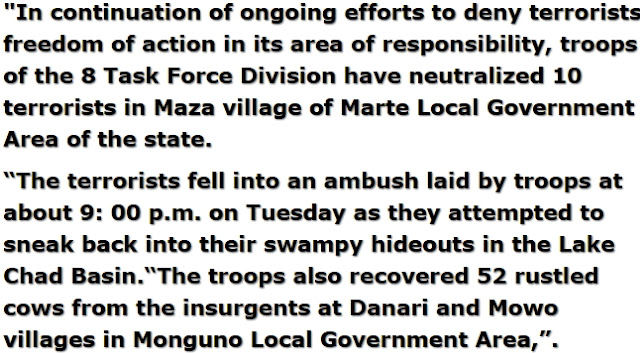 Atigha added that food items, 10 bicycles, 52 stolen cows and carts were recovered from the terrorists.