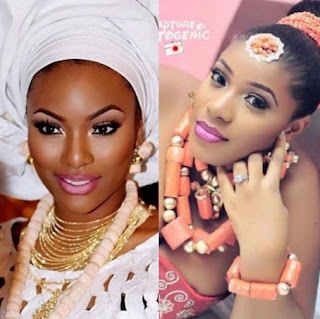 The Handshake Across the Niger summit has come and gone. Though the event was fraught with strategic shortfalls, the move ought to be encouraged by all, because disunity in Southern Nigeria has been a stumbling block to Nigeria’s democracy.

The gist is that disunity in Southern Nigeria has emboldened a minority group in the North to assume absolute authority in the affairs of the nation. Instead of the government of the people by the people, Nigeria has become a government of a Northern oligarchy by the oligarchy and for the oligarchy. The result has been an absence of the checks and balances central to effective democratic governance and, of course, continued abuse of power.

The oligarchy exploits the disunity in the South to a satanic proportion. The cumulative effective is a whistling impunity in the land, and no region has been insulated from the after-effects. The most unfortunate, however, is that the innocent Northern masses are the worst victims.

The solution is where projects like the “Handshake Across the Niger” come in. Similar to the path to effective leadership in a multiparty democracy, there is the need for regional equipoise between the North and South. Such approach has the potential to checkmate the perceived Northern hegemony over the South, reduce culture of impunity and, consequently, allow genuine development in the country.

The Handshake Across the Niger is a bold step forward, no doubt, but its strategy is tangentially myopic. Such strategy has already given rise to the emerging nickname, “The Igbo/Yoruba Summit”, which is enough to create peppering mistrust among the minorities in the South. It can be misconstrued as sowing seeds of socio-cultural hegemony—so soon—by the Igbo and the Yoruba over not only the smaller ethnic groups in the South but also other like minds in the true North. That is why the southern leaders must learn to embrace umbrella southern organizations over tribal charters. One hardly hears of Hausa Union or Fulani Assembly. Neither does one hear of separate fora for North-West, North-East or North-Central governors or their legislators. What we know is North or Arewa, a Hausa term for the north, not minding that the region is far from being monolithic, ethnically or religiously.

Unity in the south must not be seen as a coup against any group. It is only a means to an end; the end being the overall unity of Nigeria and effective democratic leadership. It can also be convenient to continue to heap blames on the Northern oligarchy and its minions—most of whom are the beneficiaries of bad leadership in Nigeria—for thwarting unity in the South. But that is foolhardy. The blame lies squarely on the South, which has historically allowed itself to be used to frustrate the desired southern unity.

Did God Tell Chris Okotie And Tunde Bakare To Run As President? Why Did They Fail?
Fulani Crisis: What A Cow Says About President Buhari