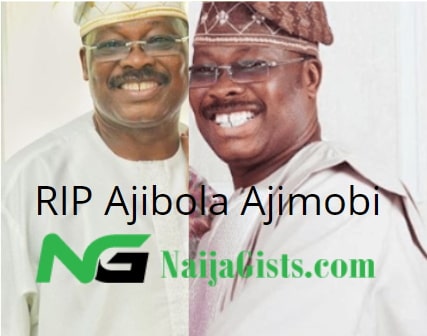 The former governor of Oyo state has died.

Abiola Ajiobi lost his battle to Coronavirus today at the age 70 at First Cardiologist and Cardiovascular Consultant Hospital in Lagos.

The ex-governor and his wife Florence were hospitalized at the aforementioned hospital on June 2nd 2020.

Florence was discharged while her husband remained in the hospital in critical condition.

A source close to the family said Ajimobi who battled diabetes and other ailments managed the illness at home before he was rushed to hospital on the 2nd of June when his condition worsened.

He was named the acting National Chairman of the ruling party, APC last week but never resumed.