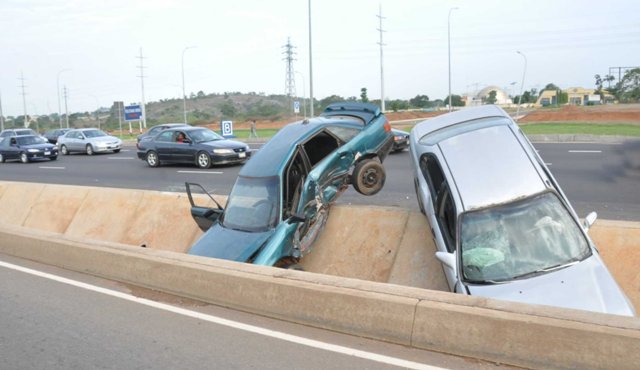 At least 9 vehicles were involved in a multiple collision in the early hours of today, Tuesday the 3rd of November 2015 on the Airport Road in Abuja.

The multiple crash that happened near the Military Cemetery was caused by a tipper who experienced break failure.

Alhaji Ahmed Rufai, who was with the driver when the accident occurred has been arrested.

A police officer, Sgt. Musa Abdulmumini from the Kuje Division of the FCT Police Command said:

“As it is, everybody has to go and fix his vehicle while we keep Rufai in our custody until the tipper driver is produced.“The driver would certainly be charged for reckless driving when he is apprehended.’’