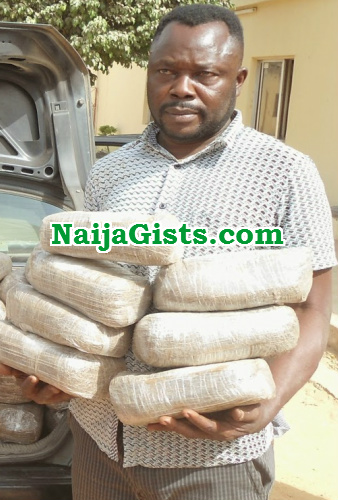 The NDLEA in Plateau has arrested an alleged notorious psychotropic drug dealer operating in the state.

Dr Ngozi Madubuike, NDLEA Commander in the state, told the News Agency of Nigeria (NAN) on Tuesday in Jos that, the suspect, popularly known as Zuma, was arrested with 350.6 kilograms of psychotropic substances.

According to her, the suspect is an ex-convict, who was sentenced in March this year, to three years in prison with an option of fine.

She said the accused had been charged to court and that the agency would press for his imprisonment to save the youths from his alleged nefarious activities.
“This time around, we hope he will not be given an option of fine, because he is a second time offender.

“We want to ensure that he desists from this illicit drug activities which is ravaging the youths of the state,” Madubuike said.

She appealed to the general public to support the NDLEA with useful information that would lead to the arrest and prosecution of more drug traffickers operating in the state.