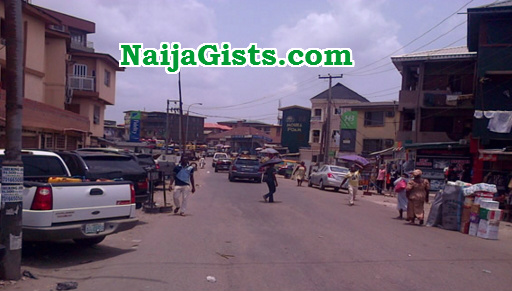 Detectives at SCID in Panti Yaba have arrested a housewife who allegedly killed her husband, 49-year-old Lucky Bassey with a kitchen knife while sleeping.

On the fateful day, Grace Bassey reportedly attacked Lucky and ensured he died at their home at 23 Abari street in Iyana Ipaja before alerting neighbours.

She reportedly confessed to the police and implicated her boyfriend, Benjamin Otu as her accomplice in the murder.

Both Grace and Otu were arrested as the matter was transferred to SCID Panti for criminal prosecution.

During interrogation, it was reported that Grace and Otu confessed to the act and told the police that it was Grace that used a knife to cut his throat while he bled and died.
On the role Otu played, a police source said he assisted Grace by holding Lucky on the bed before Grace had access to slit his throat.

The couple from Akwa Ibom had issue in their marriage before the brutal murder took place.

The matter is still in court.