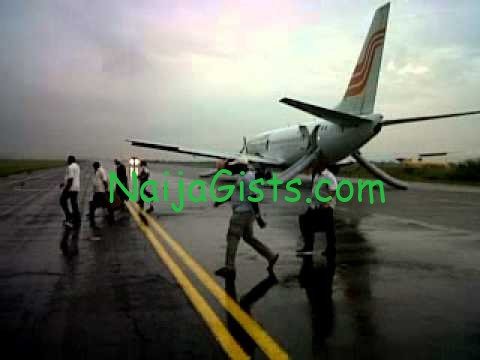 According to a report reaching NaijaGists.com, an Aero Contractors Abuja-bound aircraft Flight AJ133 had a faulty engine on Friday Oct 19, 2012. naijagists.com

We learnt the engine of the Aircraft # AJ133 developed fault ten minutes after take off. The experienced pilot had to return back to make an emergency landing in Lagos to avert another tragedy.

Aero contractors should be cautioned and the plane should be grounded.

Let us all forward this message so the relevant authorities can get it..

Wasiu Ayinde KWAM 1: Fela Has 27 Wives, I’m Only Married To 2
How I Escaped From Lagos Ritualists Who Killed 10 Others – 13-Yr Old Girl