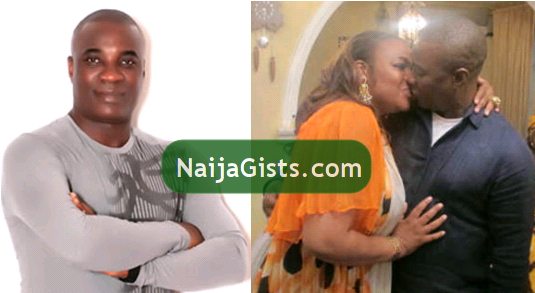 In his response to a recent wife-snatching scandal over his secret marriage to Titi Masha, a fiancee of his fan (Gbenga Islander), King Wasiu Ayinde Marshall opened up to reporters on his ex-wife, Alhaja Salewa and her supposed niece, Titi. naijagists.com

Read his response to reporters below

Salewa (his ex-wife) who is being spoken about here remarried some 20 years ago and she is still married, so to claim that I married cousins, yes they might be on the long run but anyone knows that the Masha Eshilokun family is such a large family in Lagos.

Many of them do not even know themselves’

According to sources, a popular Nigerian businessman, Gbenga Islander is the fiance of Titi Masha whom Wasiu Ayinde married secretly.

To further clear the air on the fact that he snatched one of his fan’s fiancee here is what the Fuji star said:

I have dated many women in my life who are today legally married, how many of them will I call and say, I have dated your wife before? What happens to such? Do we crucify a woman for  having dated someone before?

We all know that Fela was once married to 27 women at once in this country…I’m only married to two!’

With the look of things, he will marry more wives than Fela.