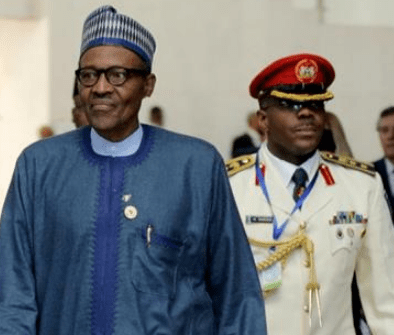 AFCFTA Will Go On Without Nigeria, Thanks To Our Go Slow President

When an individual who is not known to have successfully managed a thriving entity not only pontificates on the terrain but insists on assuming the role of salesman for pushing policies so diametrically opposed to the survival of the nation, Nigerians would be right to wonder if something entirely new isn’t on the brew. Now, that individual in question is no other than the old fox –former President Olusegun Obasanjo who in recent time has been on the road, not only playing the African statesman card, but selling the African Free Continental Trade Area (AfCTA) agreement as if it is the next best thing since David Ricardo developed the free trade idea into its modern form.

So, he wants the so-called African giant to play in the big league. He said that much – again – in Addis Ababa, Ethiopia, during the opening session of the Stakeholders’ Dialogue on Continental Trade and Strengthening the Implementation of the AfCTA. Confronted with mounting concerns about the implications of AfCTA without the sign-on of the continent’s biggest economy, he went on and on, to quote the News Agency of Nigeria, about “how Nigeria took over the processes leading to the AfCTA agreement from Egypt and wondered why it suddenly halted signing and was not even participating at the session”. He couldn’t understand why the famed African giant will develop the feet of clay when it mattered most – at the point of signing the agreement Kigali, Rwanda.

Nigeria, he said, should resolve its domestic intrigues and not bring such to the African Union table.

“It is nobody’s fault if your country cannot resolve its domestic problem. If you (Nigeria) is not signing the agreement, it is unfortunate. AfCTA will go on without Nigeria. You will recall that this is the first time, since 1976, that Nigeria is not at the table of a major continental process.

Now, that would not be the first time Obasanjo would come down on Nigeria especially the Muhammadu Buhari administration on whose hand the lot falls the responsibility of signing the agreement. Last year in Bali, Indonesia, the same Obasanjo claimed – according to reports – that President Buhari’s hands were too weak to sign the African Free Trade Agreement (AfCTA).

Said he of the reluctance of the president to sign the proposed $2.5 trillion continental free-trade zone agreement: “AfCTA is a good idea and for Nigeria, hopefully, we will have a president that will be able to sign it because the one that is there now, his hands are too weak to sign.”

Well, I perfectly understand Obasanjo’s perennial quest for global statesmanship. And if we may forgive the old fox his dry humour and his cheap pot shot at his nemesis, his latest foray into trade policy would seem entirely dubious to say the least. More questionable however would seem his understanding of the so-called benefits of the agreement in the face of the stark reality of de-industrialization and the unprecedented level of unemployment that continues to plague the African giant.

To begin with, what are the benefits of AfCTA? I will of course concede that they are many – all of them still largely, in my view, consigned to the realm of potentials. Currently, the global body – UNCTAD says that less than 20% of total trade conducted in Africa is between African countries – as against 80% with the rest of the world. It is argued that AfCTA stands the continent in good stead in boosting regional prosperity with potentials to lift millions out of poverty and misery. Then also is the issue of those costly customs duties whose removal the UN Economic Commission for Africa (UNECA) says could increase intra-African trade by 52% within five years. The other case that has been made is that it would at least help redress current global trade imbalances.

These are certainly sound cases to be made. Unfortunately, those cases fly in the face of the current African reality in which most of the countries on the continent are still largely dependent on Europe and America for basic manufactured goods.

For Nigeria, the problem is how the economy with its historic structural vulnerability, one so ill-served by its decrepit infrastructure; a country that is at best, a non-starter in manufacturing, one whose foreign reserves are denominated by the months of import cover it can fetch and one whose notoriety in conspicuous consumption is perhaps unequalled in the world can be prodded along a free trade agreement without something giving at some point.

Even without a formal free trade agreement, we know the amount of pillaging going on in the name of ECOWAS protocols on free movement. The other day, it was Aliko Dangote, Africa’s foremost industrialist pleading with the federal government to take drastic action against Benin Republic over smuggling of products from its country into Nigeria. To him, ‘the biggest issue and challenge for the economy and also for the manufacturing has to do with smuggling and I think unless we really take a very drastic action against the Republic of Benin, I don’t think we are really going to be successful”.

Today, we know for a fact that of the 15 countries that imported the highest dollar value worth of rice during 2018 by the World Top Export (WTex), our next door neighbour, Benin Republic ranks sixth with a total import valued at $930.5 million (N335 billion), coming after China, US$1.6bn (6.5% of total rice imports); Iran, $1.21bn (4.9%); Saudi Arabia, $1.2bn (4.9%); Indonesia, $1bn (4.2%); and United States: $959.5m (3.9%). On a trip from Ghana the other day, I actually counted nearly one score trailers on the stretch from Porto Novo, Benin Republic to Idi Iroko all loaded with rice from Southeast Asia –headed for Nigeria – and at a time the importation of the commodity through the land borders is a no-no. The same situation, I am told, is replicated in our northern borders with Cameroun and Niger Republic. And that is not restricted to rice alone; in March, the National Palm Produce Association of Nigeria (NPPAN) was forced to raise alarm over the unbridled smuggling of Crude Palm Oil (CPO) which they say is killing the investments.

Today, our textile industry is dead as dodo – no thanks to the influx of cheap textiles from China. The petrochemical industry which would have formed the basis of a future industrial strategy has remained in the cradle. Our machine tools industry is yet to take off despite the billions sunk into it. Is AfCTA membership a show-off; does it bother anyone that the African giant will at this stage have nothing to put on the continental table in the event of its take-off?

We must thank heavens that our go-slow President Muhammadu Buhari understands the signs of the times – certainly far better than the likes of Obasanjo will like to give him credit for. The route to industrialization might seem long and the steps already taken uncertain; the AfCTA route at this time in the absence of the safeguards to guarantee our national interests, might end up a one-way fare into the abyss.

This is one moment when it would pay to love oneself more than one would –neighbours.