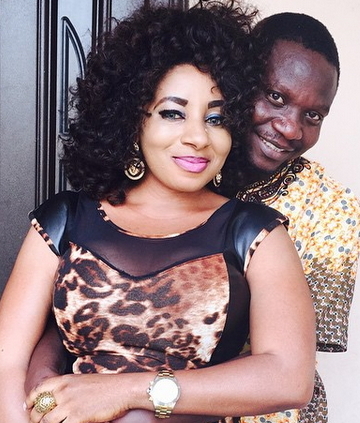 Few months ago, the rosy marriage of Nollywood actor/film producer, Afeez Owo Abiodun and his wife, Mide Martins went through a stormy season.

The marriage was rescued by the timely intervention of colleagues and family members who talked sense into the couple.

At a point, critics alleged that Afeez Owo used love portion charm to marry his wife.

The actress has debunked the report.

Here is what the mother of two said in a recent interview with a Lagos soft sell magazine which was later republished online. 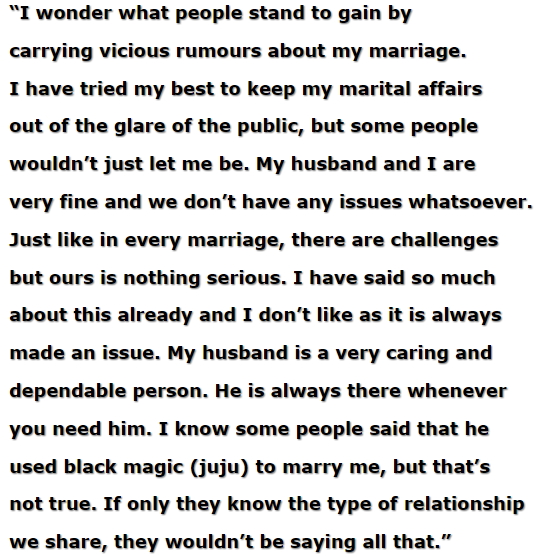 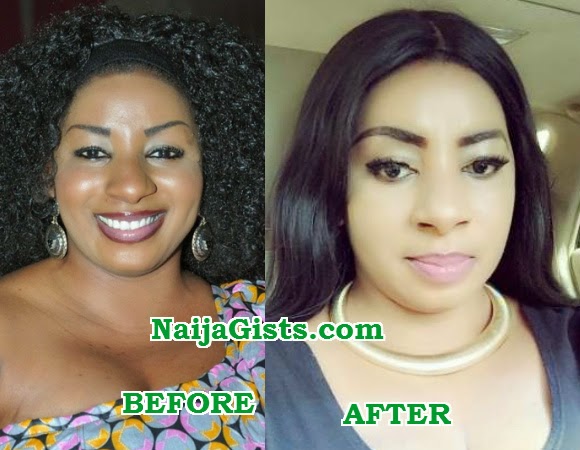 Up till this moment, fans of the ‘Nollywood bleaching gang member’ are of the opinion that she is more beautiful than her husband.

Oge Okoye: I’m Not Proud As People Claimed, I Just Like To Mind My Business
Jide Kosoko: I Love Dogs, I Have 4 Big Pet Dogs In My House