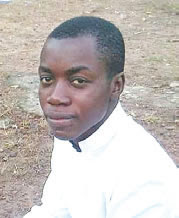 Suspected kidnapper have abducted the Chaplain to the Bishop of the African Church, Ondo Central Diocese, Reverend David Ayeola.

SUNDAY PUNCH learnt that Ayeola: the bishop, Samuel Ojo: and the bishop’s wife, were travelling to Abeokuta, Ogun State, from Imojo Ekiti, Ekiti State, when they were waylaid by the gunmen on the road.

The bishop, his wife, Ayeola, and the driver were said to have fled into the bush.

However, the assailants were said to have taken the chaplain captive, while others escaped

A top official of the church, who spoke with our correspondent on condition of anonymity, said the kidnappers had demanded N100m from the church.

“This happened between 6am and 7am on Thursday. The Bishop of the African Church, Ondo Central Diocese and his team consisting of his wife, the chaplain and the driver were travelling from Ekiti State where the bishop hails from to Abeokuta where we are having our national convention when they were waylaid.

“The team fled into the bush, but the gunmen chased them and took the chaplain who just finished his seminary.

“They contacted the headquarters of the church at Akure and demanded N100m. They have been negotiating and it appears they are not ready to back down on their demand.”

A source at the church said special prayers were offered by all members of the church at the national convention which ended on Friday.

“The bishop that escaped cannot talk right now because he is afraid for his life. We are still praying for the quick release of the priest,” he added.