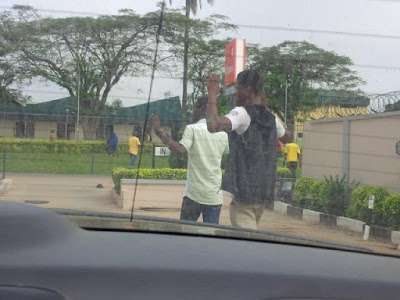 The suspect simply identified as Kelly Rotor was tracked down yesterday and arrested amid heavy shootout between detectives and three members of his gang at Sapale, Delta State. The shootout also led to the death of a police officer.

Kelly and others were said to have also participated in the Festac, Ikorodu and Lekki bank robberies in the past.

According to sources from the police, Kelly, after getting his own share of the loot trav­elled down to Sapale to attend a wedding where detectives who had been on his trail incident ar­rested him.

On realizing that the game was up, Kelly and some of his members, who were with him at the scene started shooting at the police. He was later arrested with gun injuries.

Efforts are still on to arrest the rest of the gang who are now on the run.