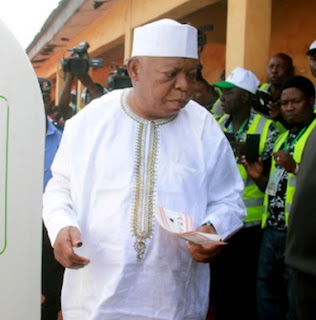 The family of late Audu Abubakar has released detail information on the mysterious circumstances surrounding his death.

A family source said Audu’s health worsened On Friday night when he started vomiting blood on returning from Lokoja.

On Saturday morning around 4:30 am, he woke up very weak and tired and had to be given blood by his doctors which gave him enough strength to go to the polling station in his hometown, Ogbonicha.

On returning from the polling booth on Saturday, he started vomiting again and went into a coma.

He stopped breathing around 5 am on Sunday morning and was certified dead around 10am by doctors.

The deceased will be laid to rest on Monday according to Islamic rites in his hometown.