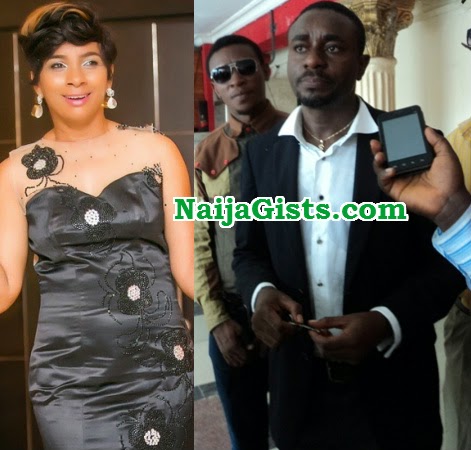 On Wednesday, Emeka Ike called out Ibinabo for lying to AGN members that she has appealed the court ruling that nullified her victory.

He threatened to file a new lawsuit if Ibinabo didn’t apologise to the Guild within 24 hours.

It was just like yesterday when madam Ibinabo snatched the position from Emeka Ike who was initially declared the winner.

I hear the beautiful actress used ‘bed matter’ to overturn Emeka Ike’s victory over 6 years ago.

Continue Reading
You may also like...
Related Topics:emeka ike, ibinabo