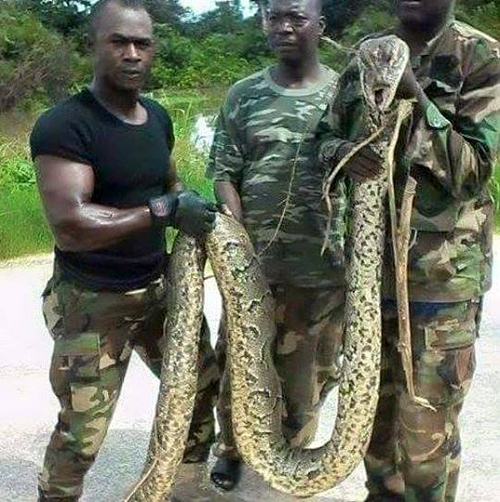 The words on the streets is that Boko Haram fighters have taken their battle against the Nigerian soldiers spiritual in the wake of recent bombardments.

The viral report has it that the above snake was one of the spiritual snakes sent to the military by the dreaded extremists but they captured and killed it while others disappeared.