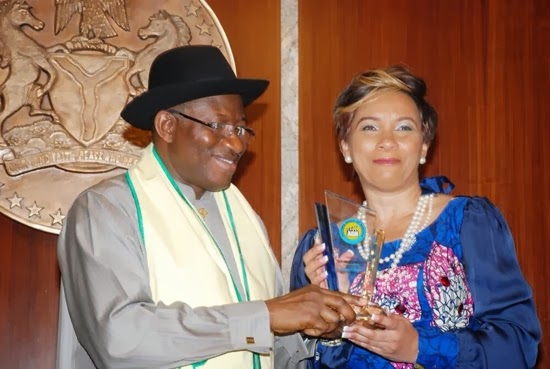 The current president of the Actors Guild of Nigeria has hit the gold.

The big madam has been appointed into NCAC by Goodluck Jonathan.

Ibinabo said she was shocked to received an appointment in the board of National Council For Arts and Culture as she never expected it.

“I was shocked to hear of my appointment to that board by Mr. President. I was just doing my thing as the leader of the actors in Nigeria and didn’t know that some people are watching. This is unbelievable,” The AGN President said.

The President donated a plot of land for the erection of AGN headquarters in Abuja after he was made the grand patron of the association.

Ibinabo and other board members of the NCAC were sworn in today in Abuja.