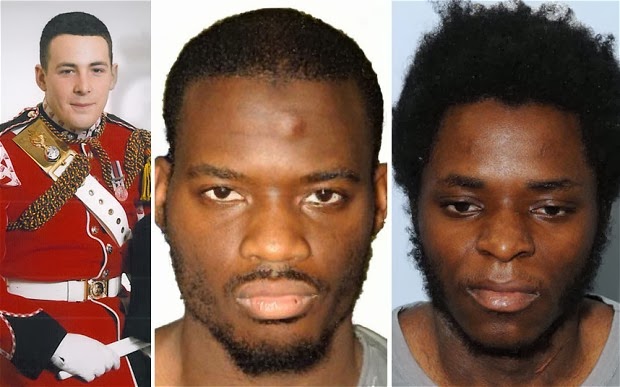 2 British men of Nigerian descent who murdered a British soldier last year in South London have been sentenced.

On the 22nd of May 2013, the two beheaded Lee Rigby in Woolwich, S-E London in what they described as “an act of holy war against infidels”.

The two were absent during the verdict as they were ordered out after shouting and scuffling with security guards.

While sentencing the killers, Mr Justice Sweeney said they were convicted on overwhelming evidence of the barbaric murder of the soldier.

Sweeney said the men carried out the murder in a way that would generate maximum media coverage.

He added that Adebolajo was the leader of the “joint enterprise’’ and was aided by Adebowale “enthusiastically.

“He (Rigby) had done absolutely nothing to deserve what you did to him.

“This was a murder with a terrorist connection,’’ Sweeney said.

Michael Adebolajo and Adebowale’ sentence has opened up new debate on the safety of British soldiers within the UK, and issues concerning home grown terrorists.