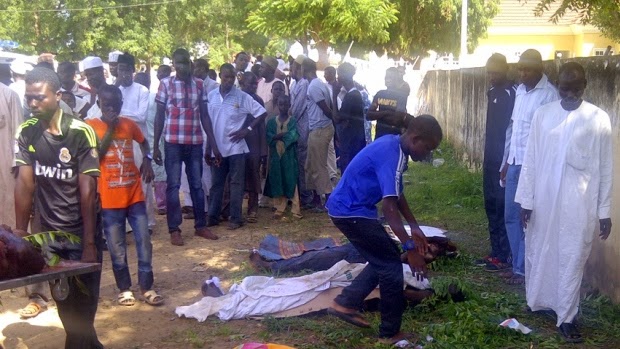 The heart-breaking attack carried out by Boko Haram terrorists in the wee hours of Tuesday February 25, 2014 in Buni Yadi, Yobe has claimed 43 lives.

According to sources from the Federal Government College, only male students were murdered as the angry jihadists spared the lives of the female students.

School officials also said some of the female students were kidnapped.

The ladies that survived the attack said the terrorists told them to go home and marry. They were also told to abandon western education because it is a sin.

The attackers set the locked male dormitory on fire on Tuesday killing all the male students who tried to escape. They were shot and some beheaded.

If western education is sin, then using guns made from the west is also a sin… #mumu people