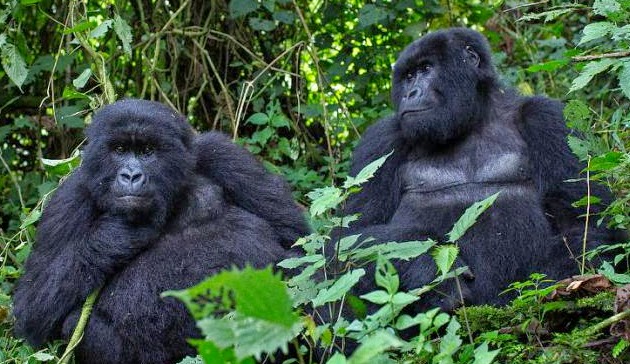 Scientists said in Washington on Wednesday that two of the four known groups of human AIDS viruses originated in western lowland gorillas in Cameroon.

They said the virus that caused almost all the cases of AIDS worldwide, called HIV-1, has jumped species to infect humans on at least four separate occasions generating four HIV-1 lineages.
Martine Peeters of the University of Montpellier in France, who led the study, said previous research had found that groups M and N originated in geographically distinct chimpanzee communities in southern Cameroon.

Peeters said the origins of groups O and P remained uncertain, adding that finding was critical to gauge future human infection risks.
He said the study and others conducted in the past had become clear that both Chimpanzees and Gorillas harbor viruses.

The scientist said the viruses were capable of crossing the species barrier to humans and had the potential to cause major disease outbreaks.
“HIV-1’s four known groups have had very different outcomes in humans,” he said.

Peeters said group M gave rise to the AIDS pandemic, infecting more than 40 million people worldwide by spreading across Africa and throughout the rest of the world.

“Groups N and P at the other extreme have only been found in a few individuals from Cameroon,” he said.
“Group O, although not as widespread and prevalent as group M, has nonetheless infected about 100,000 people in West and Central Africa,” he added.

Peeters noted that another virus type, called HIV-2, also causes AIDS, but the virus was endemic only in West Africa.
Beatrice Hahn, professor of Pennsylvania University, said the viral sequencing revealed a high degree of genetic diversity among the different gorilla samples.

“Two of the gorilla virus lineages were particularly closely related to HIV-1 groups O and P showing that the two groups originated in western lowland gorillas,” she said.