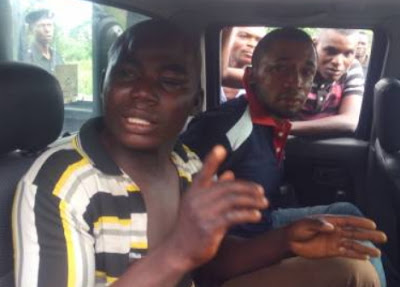 Air Peace has officially confirmed the arrest of its staff who burgled into the Akure Airport of the airline last week Sunday.

In a statement released by Air Peace spokesperson, Chris Iwarah, the suspects were contract employees of the airline as at the time of their arrest. 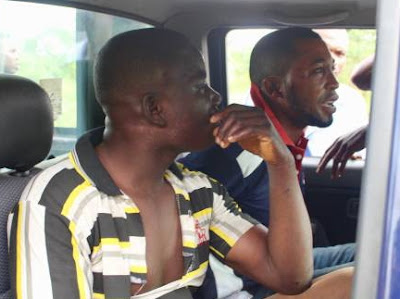 The two employee pictured above reportedly burgled the office between Sunday night and Monday morning and stole two vaults containing millions of Naira. 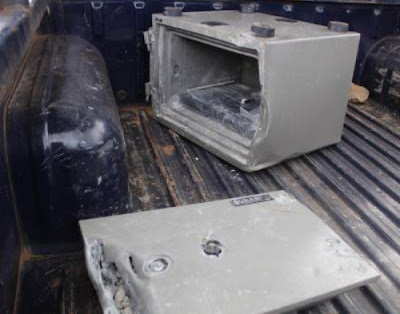 The men who claimed innocence allegedly blamed a disgruntled manager for setting them up before they were taken to Obe Ille Division police station.

What if they are innocent??? Hope the police gets to the bottom of this.

Tenny Coco, Lagos MUA Who Stopped Bleaching Says It Is Stupid To Think Black Is Not Beautiful
Convicted Armed Robber Sentenced To Death By Hanging In Akure For Stealing Generator & N100K