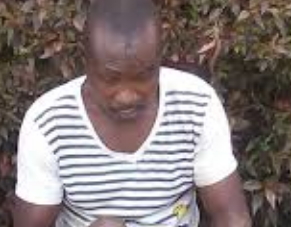 A middle-aged man, Yahaya Bashiru was on Thursday the 26th of October 2017 sentenced to death by a High Court in Akure Ondo state.

Justice S.A Abola found the convict guilty of robbery, stealing and illegal possession of firearms after he allegedly robbed one Mrs Bukola Ademola of her belongings and money amounting to N100,000 on two occasions and on another occasion stole her generator in Akure Ondo state back in December 2015.

Bashiru, who pleaded not guilty to the five-count charge, was said to be an ex-convict.

The complainant said she was returning from her shop when the convict robbed her.

A witness, Olakanmi Otadokun, said the police recovered a locally-made gun and other weapons from the convict.

Delivering her judgement, Justice Bola sentenced the convict to death by hanging.

Continue Reading
You may also like...
Related Topics:armed, robber, sentence