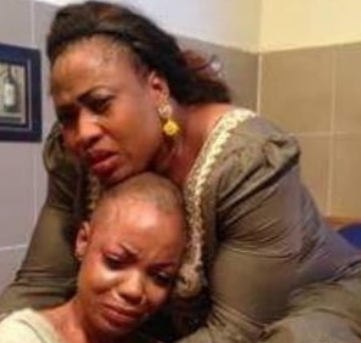 None of her colleagues knew what she went through as she battled breast cancer.

The late Nollywood actress was said to have kept her medical condition from all and never revealed why she lost weight at a point in time.

But she felt and knew what it meant suffering from cancer.

This, she depicted when she acted alongside Kenny George in the movie, ‘KOTO’. Known for her great skill at interpreting roles, none suspected Aisha cried due to her condition.

“A while ago when we were shooting this particular scene in KOTO a movie written and produced by me.

Aishat had to shave my hair, she broke down in tears and was crying uncontrollably we all thought she was probably touched by the story or scene. 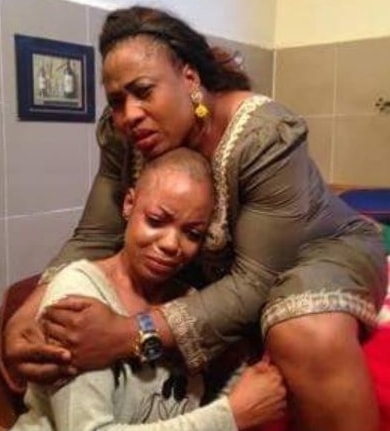 KOTO is a story about a cancer patient… fast forward to now when we all heard she has been battling and died of cancer. AISHA ABIMBOLA was an amazing person and a monumental talent. Goodnight Sis. May ur gentle soul rest in peace…we luv u but God luvs you more.”