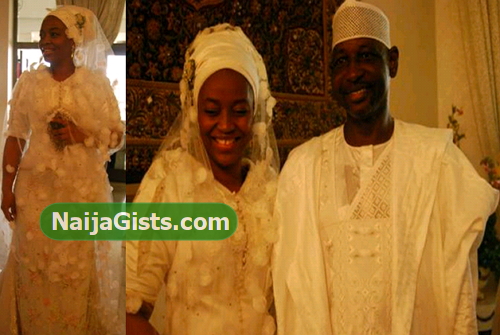 According to sources then, the wedding costs over 50 million naira.

The reason for the break-up of the marriage which produced a child couldn’t be ascertained, though Aisha reverted to her family name, Babangida, some months ago and had told anybody who cared to ask her about the marriage that she is happy with herself.

Aisha Babangida attended Corona School and Air force Secondary School, both in Lagos, before she went abroad to study Psychology.