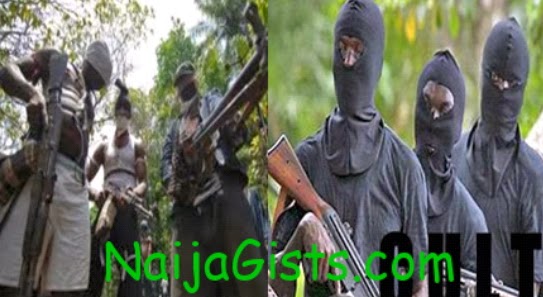 A rivalry war that broke out between two cult groups in the early hours of Tuesday February 18th, 2014 has claimed 9 lives in Benin city.

According to NaijaGists sources from Edo state, Aiye Confraternity cult members and Jurists cult group engaged themselves in a bloody fight when a Jurist cult member reportedly slapped a guy (Aiye cultist) during an argument over a girl at a bar in Benin city yesterday.

Before police could come in, the bloody gang war had killed 9 guys.

As we speak, Benin police officials had swung into action in order to cut the bud at the bib stage.