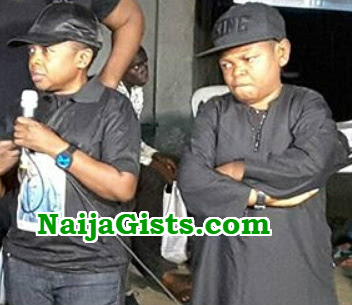 Nollywood screen twins, Chinedu Ikedieze (Aki) and Osita Iheem (Pawpaw) became superstars after their debut movie, Aki Na Ukwa, the movie through which the brand Aki and Pawpaw was created years back.

The superstar spoke at the candlelight/tribute night in honour of the man that created the Aki and Pawpaw brand, Chukwuka Emelionwu, popularly known as Kasvid.

A notable film maker and marketer, Kasvid died last month in a fatal accident, while on his way to his village in Anambra State. He was reputed to have produced popular movies such as “Mr. Ibu in London”, The last Burial”, August Meeting”, Isakaba”, ‘Aki na Ukwa among other movies. He also created such movie characters as Mr. Ibu, Aki and Pawpaw.

A notable film maker and marketer, Kasvid died last month in a fatal accident, while on his way to his village in Anambra State. He was reputed to have produced popular movies such as “Mr. Ibu in London”, The last Burial”, August Meeting”, Isakaba”, ‘Aki na Ukwa among other movies. 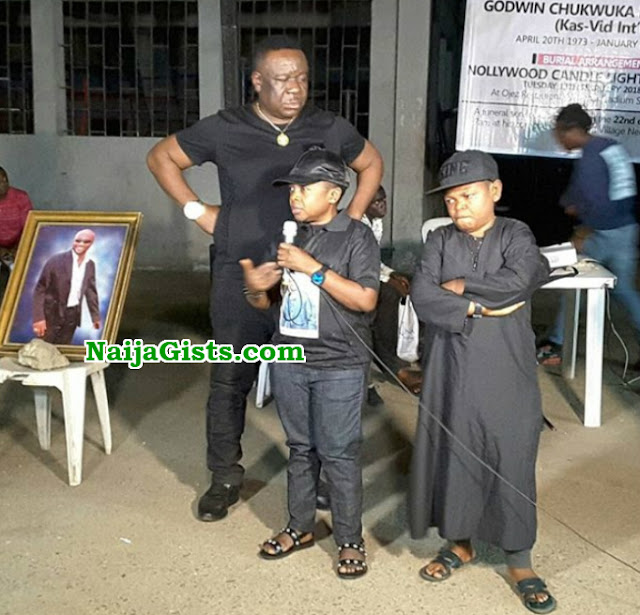 He also created such movie characters as Mr. Ibu, Aki and Pawpaw. Pawpaw and Aki At the candlelight/tribute night which was organized by Nollywood stakeholders headed by Sir Emma Isikaku, movie stars, producers, marketers and friends of the industry that graced the event took turns to pay glowing tributes to the departed film maker. 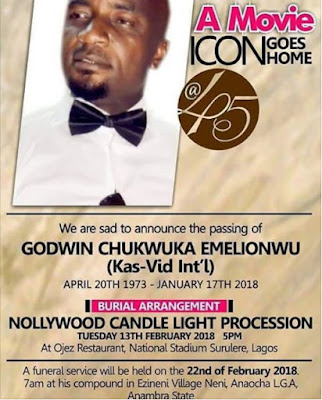 While many described the late Kasvid “as a very respectful person who struck gold and shared his heart of gold with the industry”, others saw him as a talent groomer.” But besides the glowing tributes paid to the late film maker, Aki and Pawpaw’s tributes moved everyone in the gathering to tears. The actors who have made names for themselves as the most famous actors in Nollywood owing to their sizes publicly acknowledged the inevitable role the late film maker played in their acting careers. 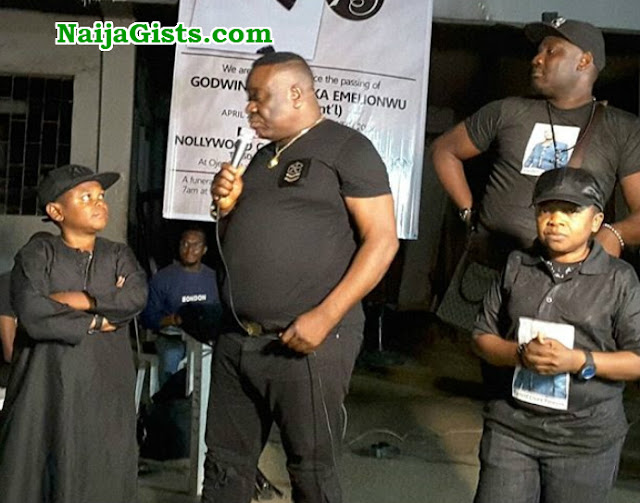 According to Osita Iheme a.k.a Pawpaw, Kasvid was his boss before he later became his friend.

“Kasvid was my boss who later became my friend. I met him in 2002, in Eungu. Then I was based in Aba, where I was horning my acting skills. I decided to relocate to Enugu to hustle. While in Enugu, Kasvid was shooting a film. When he sighted me, he developed interest in me.

He just believed in me immediately he sighted me.” Fighting back tears, Pawpaw recalled how the late film maker created the ‘Aki and Pawpaw’ brand.

“Kavid asked me if I would like to go into acting. I told him, I have been into actng way back in Aba. He then asked me again, do you know Chinedu Ikedieze who featured in the “Last Burial.” I answered him in the affirmative.

Then I didn’t know he was the producer of the Last Burial. Later, he invited a writer to write a script around Chinedu and I. That was how the movie, “Aki na Ukwa” came about.

On his own, Aki said, he met the late film maker while he was an undergraduate at Institute of Management Technology, IMT, in Enugu.

“I went for an audition, and he saw one-smart looking small boy and he immediately developed interest in me. A week after that encounter, he visited me in my hostel on campus. Kasvid took a risk in us. He invested his money in us. He saw something in us that other producers did not see. He made us who we are today,” Aki echoed.