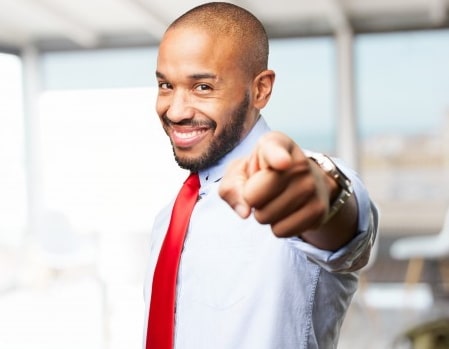 OPRAH WINFREY: YOUR JOB ENDS THE DAY YOUR CALLING BEGINS!

Life Becomes Meaningful The Day You Discover And Follow Your PATHs

In order to discover your calling in life, you will first need to find and follow your PATH. One of the most fascinating stories that supports the fact that everybody has a PATH to follow in life is that of the screen goddess and media giant, Oprah Winfrey. Oprah’s path to stardom and prominence was smeared with rejections, abuse and self-esteem struggles, but she held tenaciously to her path.

Oprah Winfrey once said, “Understand that the right to choose your own path is a sacred privilege. Use it. Dwell in possibility.” Born January 29, 1954 and raised in poverty on a farm in Mississippi, United States, she suffered abuse and molestation, ran away from home and was sent to a juvenile home.

Oprah discovered her calling and path early in life; she began her broadcasting career at the age of 17, and she started hosting talk shows in 1978. The year 1984 signaled Oprah’s major breakthrough when she relocated to Chicago to host ‘A.M CHICAGO’. Under a year, the show’s rating dramatically improved and it was renamed to ‘THE OPRAH WINFREY SHOW’ in September 1985. The talk-show was later named the highest-rated television program of its kind in history.

Dubbed the “Queen of All Media”, she has been ranked the richest African-American and the greatest black philanthropist in American history. Several assessments over the years rank her as the most influential woman in the world. The height to which Oprah attained was not a sudden flight; it was simply because she consistently nurtured her passion, natural ability and talent. Joseph Campbell said, “Follow your bliss and the universe will open doors where there were only walls”.

Oprah Winfrey is worth $2.5 billion and has seen much success: She leveraged “The Oprah Winfrey Show” into a booming media and entertainment empire; she has written best-selling books, and now she’s even creating original content for Apple. But when she was first starting out, Winfrey toiled away at a job she disliked and even got demoted. In Winfrey’s new book “The Path Made Clear: Discovering Your Life’s Direction and Purpose,” she shares a defining moment in her early career that helped shape the rest of her life. A book that I will personally recommend for every youth that is desirous of knowing their callings very early in life. She shares what she’s learned about setting meaningful intentions, finding your flow, and embodying your most authentic self.

Oprah believes strongly that we cannot step into God’s calling until we discover ourselves and purpose. In this amazing book, she compiled the key lessons she’s learned on her journey to self-discovery and international breakthrough. She offered the framework for creating not just a life of success, but one of significance. The book’s ten chapters are organised to help you recognize the important milestones along the road to self-discovery, laying out what you really need in order to achieve personal contentment, and what life’s detours are there to teach us.

From her first job working as a babysitter at age 15, netting fifty cents an hour to becoming a news anchor and reporter on “People Are Talking”, a Baltimore talk show and then fast-forward to being “demoted” to co-host a show, she discovered in her journey that she wasn’t meant to be a reporter. As we now know, she was supposed to be a talk show host.

Her job as a talk show co-host, Winfrey recalls, felt different than her job as a news reporter. As a reporter, she remembers feeling exhausted and having to drag herself to work. The talk show, however, sparked something within her. During that first show, she interviewed Tom Carvel (the inventor of soft serve ice cream) and remembers feeling “lit up” from the inside.

When the hour ended, there was a sense of knowing resonating within her heart and radiating to the hairs on the back of her neck. Winfrey writes, “My entire body told me this is what I was supposed to do. There was no doubt that the seeds of what was to give my life meaning and purpose had been planted. That day, my ‘job’ ended and my calling began.”

There is a PATH that has been designed for everyman. The Bible captured this succinctly in Proverbs 4:18: “But the PATH of the just is as the shining light, that shineth more and more unto the perfect day”.

The reason why some people will never shine in life and eternity is simply because they NEVER discovered their PATH. The journey of life becomes adventurous and impactful only if we carefully discern and follow our PATHs.

People that will ultimately make maximum impact in life and eternity discover their PATHs very early in life with ardent commitment to stick with it.

Following your PATH(Passion, Ability, Talent and Gift) coupled with the leading of the Holy Spirit are your effortless ways of blessing the world.

Frederick Buechner   said, “The place God calls you is the place where your deep gladness and world’s deep hunger meet”.

The easiest way to find purpose is to find ‘passion’. You will rarely succeed at anything unless you have fun doing it.  John Maxwell once said, “People don’t need to follow the common path to be successful. They need to follow their passion”. Passion is the only effortless path to discovering your purpose. When the Founder of Facebook, Mark Zuckerberg, was asked about the secrets of success, he quickly responded, ‘’Find the thing you are super passionate about’’. Many people will live long and die unknown just because they never discovered the one thing that they are passionate about. Oprah Winfrey said, “Passion is energy. Feel the power that comes from focusing on what excites you”.

Steve wonders said, “We all have ability. The difference is how we use it”. We are differently abled in some things. We must nurture and grow our ability to impact the world. There is no disability, people are just differently abled! One of Romans greatest minds, Cicero, said, “Natural ability without education has more often raised a man to glory and virtue than education without natural ability”. Zig Ziglar said, “Success is the maximum utilization of the ability that we have”.

Leo Buscaglia said, “Your talent is God’s gift to you. What you do with it is your gift back to God.” The meaning of life is to find your gift; the purpose of life is to give it away. Myles Munroe said, “When you discover your gift, you find your arena of authority in life”. You could get fired from a job, but you can’t get fired from your talent and gift. Find your gift and you’ll always have work to do! Brian Tracy said, “The very best way to develop yourself is in the direction of your natural talents and interest”. Until you discover and nurture your gifts, you will continue to travel in another man’s PATH.

People that walk with God always reach their destination. The Holy Spirit is our perfect guide in the journey to destiny fulfillment.  The Bible says in Psalm 32:8, “I will guide you along the best PATHWAY for your life. I will advise you and watch over you.” Our sensitivity to the Holy Spirit is paramount to discovering and staying on our PATH in life. It takes the leading of the Holy Spirit to walk in the right PATH. Many people sympathetically spend the whole of their life walking in another man’s path.

A combination of your Passion, Ability, Talent and the leading of the Holy Spirit is your unique recipe to living a productive, impactful and fulfilling life. A fulfilled life becomes elusive without an healthy blend of these four. Life major assignment is to discover your PATH that area of your gifting, talent, ability, passion and to consistently do those things that bring that gift to peak performance under the leading of the Holy Spirit. Then a genius is formed!

Have you discovered your PATH? Are you sure you aren’t walking in another man’s shadow? Those that never discover their PATH in life always fall apart. Things fall apart in life when we take the wrong path! That journey that you have started might send you into oblivion if it is not your PATH. It doesn’t matter how far you have gone! Steve Jobs said, “Your time is limited, don’t waste it living someone else’s life”.

QUOTE OF THE WEEK: “Those that never discover their PATH in life always fall apart”-Gbenga Adebambo

The Decay Of Brother Kelly: The Character That Stinks Will Eventually Sink
Life Is Too Short To Stay In The Wrong Places; Find Your Place Today!