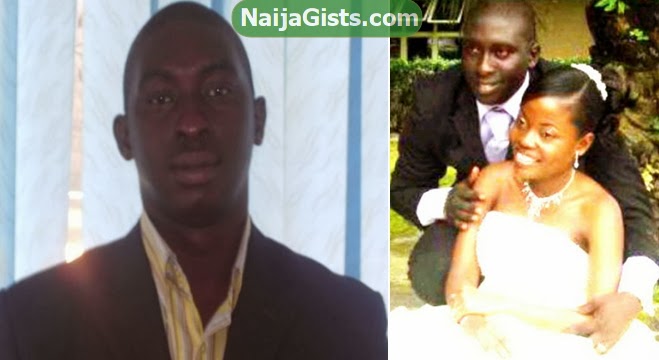 Dec 5, 2013 – Akolade Arowolo To Get Death Penalty For Killing Wife

Alleged wife killer Akolade Arowolo, who stabbed his banker wife, Titilayo Arowolo to death in 2011 might get death penalty.

The News Agency of Nigeria reports that Arowolo, 31, was charged to court for allegedly stabbing his wife, Titilayo, a banker, to death.

The DPP alleged that the accused murdered Titilayo on June 24, 2011 at their residence at No. 8, Akindeinde Street, Isolo, Lagos.

Addressing the court, Ogungbesan argued that the prosecution had proved its case against the accused “beyond reasonable doubt.”

She said, “The evidence have shown that the deceased is dead.

“The only person that was with the deceased before her death at the material time was the accused.”

The DPP said that Arowolo admitted that he struggled with the deceased with a knife, which led to her death and thereafter, escaped from the crime scene.

Ogungbesan said that the pathologist, Prof. John Obafunwa, also testified that the deceased was stabbed 76 times.

She said that Arowolo chose to use a lethal weapon (knife) with the knowledge that death or grievous bodily harm was the probable consequence of his action.

“No other person could have been responsible for the death of the deceased.

“I urge my lord to convict the accused as charged, having proved all the essential ingredients of murder,” Ogungbesan said.

Akolade Arowolo’s lawyer, Olarenwaju Ajanaku has begged the court to dismiss and acquit the accused.

“It is only being suspected that the accused was responsible for the death of the deceased.

“No sufficient facts have been led to prove this suspicion,” Ajanaku argued.

Another court date for the accused will be made known in the future.