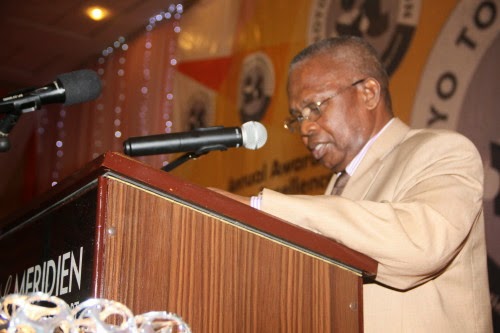 Though the governorship and state house of Assembly elections that took place nationwide Saturday was generally peaceful in Akwa Ibom State, 10 corps members and a soldier were reportedly arrested at the home of a retired General and former NYSC Director, Gen. Edet Akpan, by men of the Department of Security Service for electoral offences.

The state Resident Electoral Commissioner, Barr Austin Okojie gave this report while taking a break from the election to brief the press in Uyo, the state capital.
Okojie who reacted to general complains about late arrival of result sheets and compromise by some INEC officials said INEC received sensitive materials on Tuesday, despatched to local government areas on

Thursday for early dispatch to polling units.
He regretted that the issue of late arrival of result sheets is never the policy of INEC, as the commission has no reason to withhold any sensitive material.

“The issue of late arrival of result sheet should not even arise because we issue all the sensitive materials at once and have trained and warned our electoral officers against dispatching any electoral material to politicians.”

Okojie who reported cases of violence in Uyo, Ibesikpo, Nsit Ubium and Mkpat Enin, Nsit Ibom and Etinan local government areas said these are basically security issues and commended security agencies for being alive to their responsibilities.

He further reported prompt replacement of card readers in areas where a few were reported to have malfunctioned.