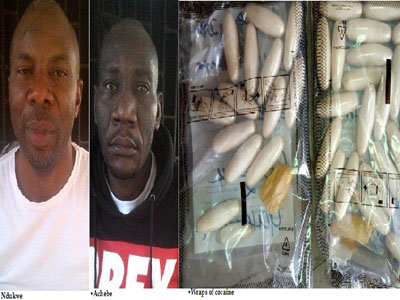 2 suspected drug smugglers, 37-year-old David Achebe and 43-year-old Daniel Ndukwe were caught by vigilant NDLEA operatives on Saturday the 24th of December 2016 while trying to board an Ethiopian and Egyptian airline flights.

Achebe who wanted to smuggle the narcotic to Hong Kong was placed under close watch as he excreted 45 cocaine capsules while Nduwke heading to Greece excreted 5 wraps. 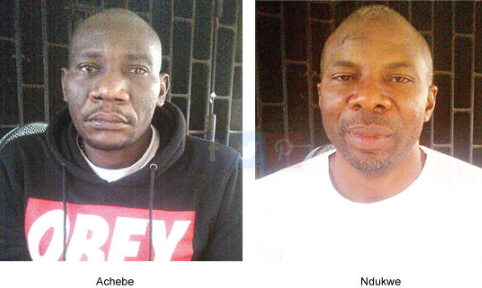 Ndukwe on the other hand said he was promised N250,000 by a friend if he can smuggle the drug to Athens in Greece.

The two suspects are currently under investigation.