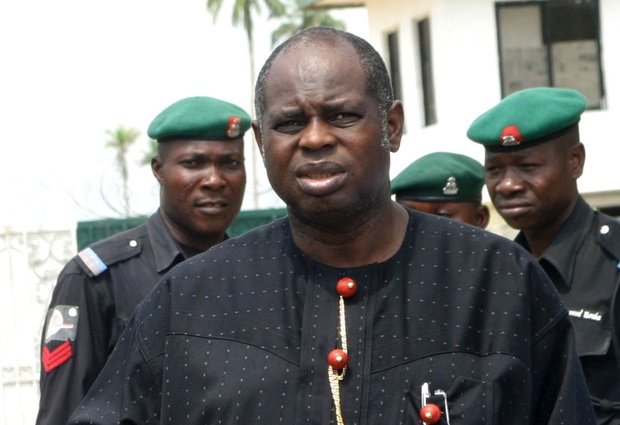 His 2nd son, Oyoms has been murdered in a hotel in Dubai.

According to sources from Bayelsa, Oyoms was allegedly assassinated by some suspected assassins in a hotel in Dubai on Saturday night.

Before now, it was learnt that Oyoms body was found by the staircase of his father’s house in Dubai.

The former Governor of Bayelsa and his other son, Tondra have left Nigeria for Dubai to get more information about Oyoms’ death.

Very sad! May his soul rest in peace.