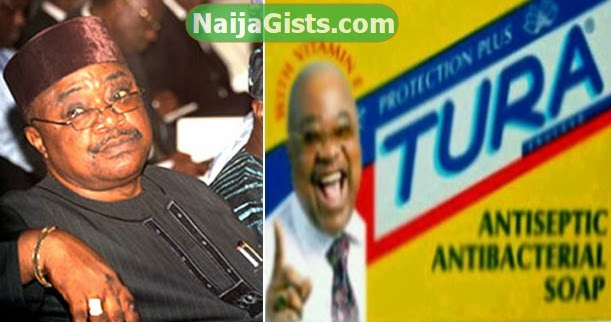 Alao Akala On Skin Bleaching:” I’m From Ghana, Nigerians Can’t Keep Up With Me”

The former Governor of Oyo State Nigeria is back in the news again.

In an interview he granted last week, the light skinned governor debunked skin bleaching rumour that has trailed him since he joined politics some years back.

When a reporter asked Alao Akala on why he bleaches his skin, he got upset and called him stupid.

Read how he responded to the skin bleaching question below:

“Bleach? That is stupidity; you are asking a very stupid question, how can I bleach? You are very stupid to ask that question. What do you mean by that? What gave you that impression? (He pulled up his clothe and singlet to show his fair complexion.)

Is this bleaching? Have you seen the cream that I use that makes me bleach or did you know me when I was black? So if you want to write that, put it there that I said you are very stupid to ask me that kind of question. Don’t ask that kind of question again. What you don’t know; you ask. You don’t even know my parents. Is my wife complaining or my children? I don’t know what gave anybody the impression that I bleach. You don’t know me; do you know what it takes to bleach?”

When asked on why he uses jewelry, the former Oyo governor said he was brought up in Ghana and has been using jewelries since his early days.

“Yes, I have been using jewellery as a young man. Do you know what they called Ghana before, Gold Coast. I lived in Ghana and that was where I got used to it early in my life. We make statement with our looks in Ghana. In those days when we were in Ghana, your wife bathed you and took care of you. I am from Ghana, so I have been using jewellery (he sends for an album). I want to show you some pictures. Pictures that I took some 40 years back, you would see chains on my neck. Look at my hand chains and rings in this picture. That is how I was brought up.  Even when I was in (police) uniform, I wore my chain with my uniform.”

He also said he married his first wife because she was brought up in Ghana.

“My first wife is an old woman like me and she is still with me. She was also brought up in Ghana and that’s why I was able to marry her. Most of the people in Nigeria cannot keep up with my lifestyle of cleanliness.” – Alao Akala concluded

The bling bling politician is popular for misuse of words. How can he say Nigerians can’t keep up with his lifestyle. This is the same man struggling to remain relevant in politics.

Is this why he wasn’t reelected in Oyo state?