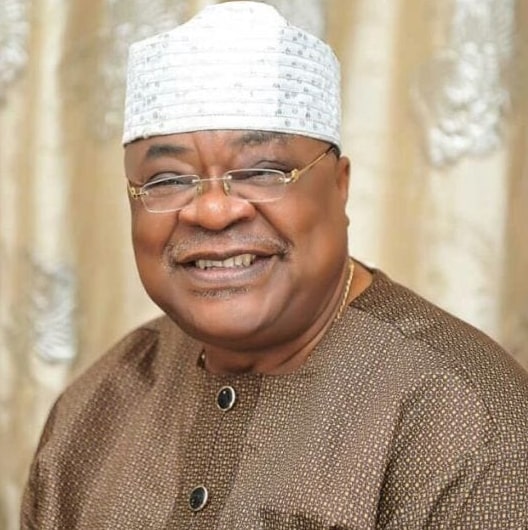 A close source to late Oyo state Governor Adebayo Alao Akala has revealed how the former governor passed away on Wednesday the 12th of January 2022.

According to the source who requested not to be named, Akala who returned from Abuja a day before his death, met with close friends in the evening of Tuesday the 11th of January before retiring to bed in a sick state.

Sadly, his house keeper who went to check on him around 10am when he refused to come out in the morning raised the alarm that attracted the attention of neighbours and family members.

The source said Akala who complained of Malaria on Tuesday evening took some Malaria drugs before going to bed. Our source added that Akala rejected advice by friends to seek urgent medical care at a nearby clinic.

Sadly, he was found lifeless in the bathroom of his home at exactly 10am.

2 doctors were reportedly called in to see if he can be resuscitated, sadly, all their efforts proved abortive.

He was certified dead about 3 hours later before his remains was moved to Ladoke Akintola University Teaching Hospital mortuary.

The source added that Akala who returned from Abuja 24 hours before his demise was planning to celebrate the birthday party of one of his dear friends.

He was born on the 3rd of June 1950 in Ogbomoso North Local Government Area of Oyo state.

He returned to Nigeria years later to join politics on the platform of the Peoples Democratic Party.