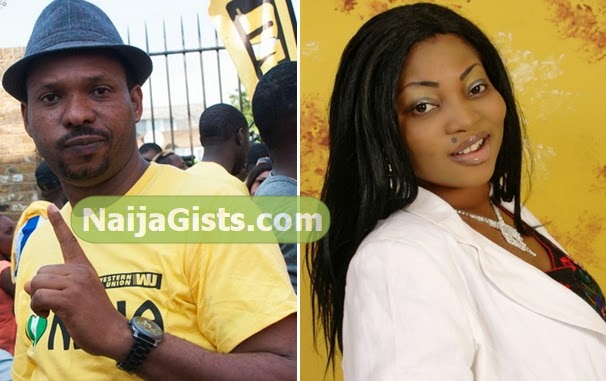 Nigerian artist Rotimi Martins aka Alariwo of Africa  will forever remember December 19, 2013. According to sources, he was beaten mercilessly lastThursday by some area boys at the launch of the debut album of Ewade, wife of popular On-Air Personality (OAP) Soji Omotayo.

Though the album launch was  exciting but Alariwo, the master of ceremony got more than he bargained for when area boys descended on him.

The trouble started when he reportedly failed to acknowledge the presence of gospel music act, Busola Oke, alias Eleyele, at the album launch.

According to an eye witness account, Alariwo also asked the people whom he didn’t recognize to forward their names to him.

“Immediately, Eleyele told some people that Alariwo was fond of looking down on her at events. She equally disclosed that her age-long problem with Alariwo is due to the fact that she has refused to address him as ‘Brother’,” the source said.

However, what many could not explain was how the Area boys, who were outside the hall, got hint of what our source described as “Alariwo’s arrogant attitude.”

It was also gathered that immediately he wrapped up his performance and stepped out of the hall, the area boys descended on him mercilessly.

“He made an attempt to run for his dear life. He tried to seek cover in a building around the venue. While he was being beaten, the hoodlums screamed that he had disgraced Eleyele on several occasions, so he deserved to be beaten,” he disclosed. [The Nation]