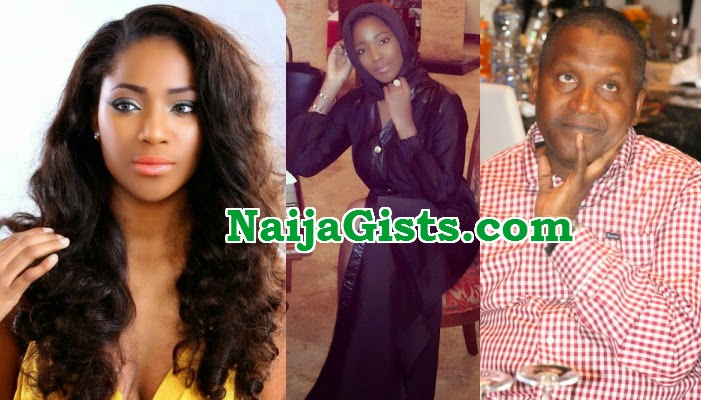 This is definitely one of the hottest gist making rounds in Abuja.

Former MBGN, Sylvia Nduka, the crowned winner of Most Beautiful Girl in Nigeria Beauty Pageant in 2011 has dumped Christianity for Islam after her bestie introduced her to Africa’s wealthiest man Aliko Dangote.

Alhaji Dangote who doesn’t have a wife in his home at the moment reportedly married Sylvia Nduka secretly in Dubai last year. 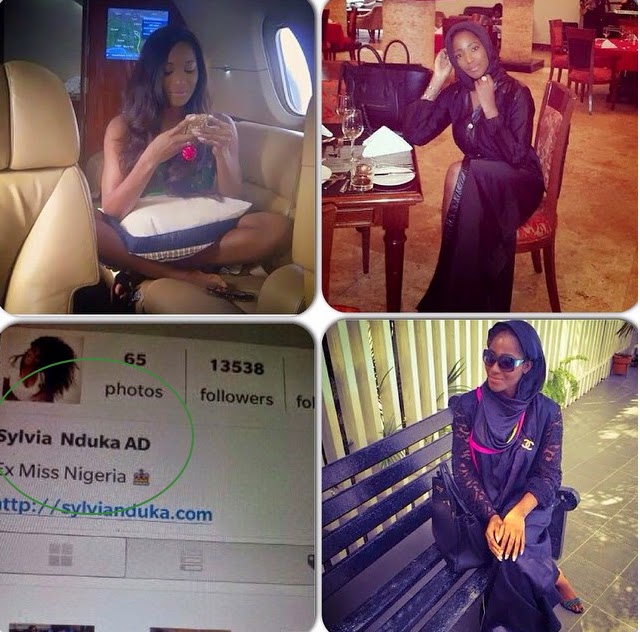 This is a top secret between the billionaire cement man and the beauty queen.

She has not only changed her last name to Aliko Dangote, she has started dressing to the tenets of Islam by wearing Hijab and covering up her body.

Although the affair is still shrouded in utmost secrecy to the public, reports reliably say that the beauty Queen has totally captured the heart of the billionaire businessman.

They may come out to deny the affair but informed sources close to the two said Sylvia has adopted a Muslim name Zainab.

When her romance bond with Aliko Dangote became stronger, she reportedly dumped her fiancee of over 6 years.

An unconfirmed report claims that the beauty queen is heavily pregnant for Aliko.