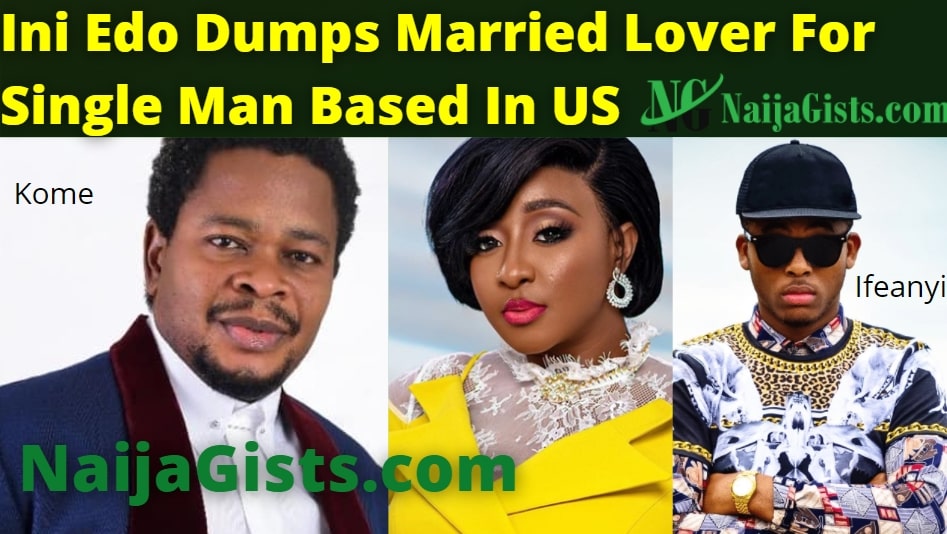 After the end of her romance with business icon, Stanley Uzochukwu,  Nigerian actress Ini Edo who left her sorrow behind immediately moved on with Delta based-business man, Oghenekome Okpobor popularly called Simply Kome, a married father of three (all male).

Like Stanley, Kome is a well to do man who has hotels across Lagos and several other businesses, especially a water bottling firm, where Ini Edo‘s female family members work.

Just like Stanley Uzochukwu, Kome showered Ini Edo with love, affection and some of the best things that money can buy until her interest in him began to wane. Ini is alleged to be interested in hooking up with a former love interest called Ifeanyi Nwune.

Nwune Ifeanyi, a US based businessman, is the founder of One Shrine Management Company. Ifeanyi also owns a clothing brand called I.N Official.

He also has a record label, Soundgod Worldwide. One of his signees is singer Runtown.

According to insiders, Ini Edo was with her new love interest, Ifeanyi Nwune in October to November to solidify their romance.

Entertainment sources alleged that her married lover in Nigeria, Kome is not happy with Ini’s decision to end their relationship and move on.

Ini Edo who recently welcomed a child via surrogacy said she is not in a hurry to marry.

In a recent interview with blogger Stella D, Ini Edo alleged that an unknown donor is the father of her baby daughter. Read excerpts of the interview here.