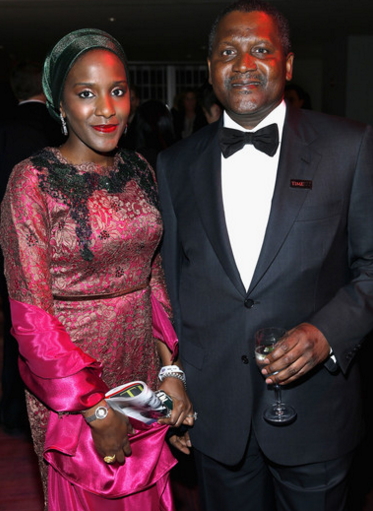 The second daughter of the richest black man in Africa, Halima is now carving a niche for herself in the business world and caring for others.

The American university BA graduate is married to Sanni Bello, with whom she’s been doing exploits and raising a family.

According to information, Halima may have raised the bar as far as her philanthropic gesture is concerned as she’s said to have embarked on a project which is aimed at catering for an entirety of people.

The on-going project, the building of a health facility in a northern tertiary institution, is said to have gulped funds in the region of billions of naira.

It is set to be completed before the mid of the year.