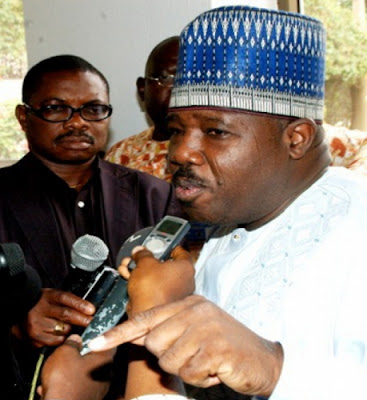 “The former Governor of Borno was accused by Rev. Stephen Davies of being the chief financier of the deadly terrorist group, Boko Haram.

“APC UK also recalls that Alhaji Modu Sheriff who was arrested and granted bail by the anti-corruption agency, Economic and Financial Crimes Commission (EFCC) over a 300 billion Naira fraud, was allegedly linked with the arms-Laden Russian cargo plane which was intercepted by Nigerian security at the Mallam Aminu Kano International Airport. 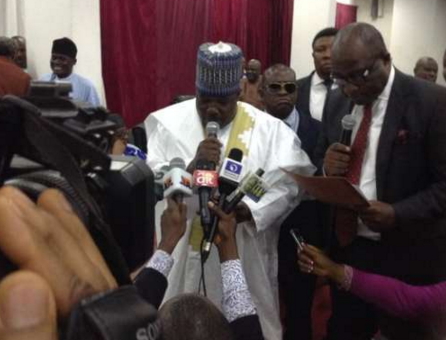 “Alhaji Modu Sheriff also reportedly negotiated a cease fire with Boko Haram, which turned out to be false thereby bringing shame and lack of integrity on the government of Goodluck Jonathan.

“These claims against Alhaji Modu Sheriff mean he lacks the veracity needed to lead any party, talk of the opposition. His swearing in as chairman despite the damaging accusations that hang over his head says a lot about the party.

“By promoting Alhaji Modu Sheriff to the position of Chairman, the PDP really show they have no credible leaders amongst them.

“We all know that the head directs the body of a man, a Chairman whose integrity is questionable says a lot about the party he leads.”