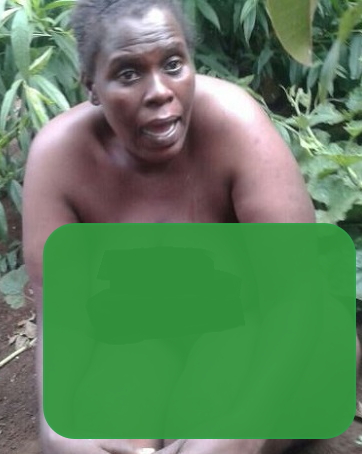 The woman here, identified as Sisi Vee is currently in police detention after she allegedly confessed to killing three people using witchcraft in Mafambisa area of Nkomazi region of Mpumalanga in South Africa.

She was allegedly caught practicing witchcraft before an angry mob descended on her. 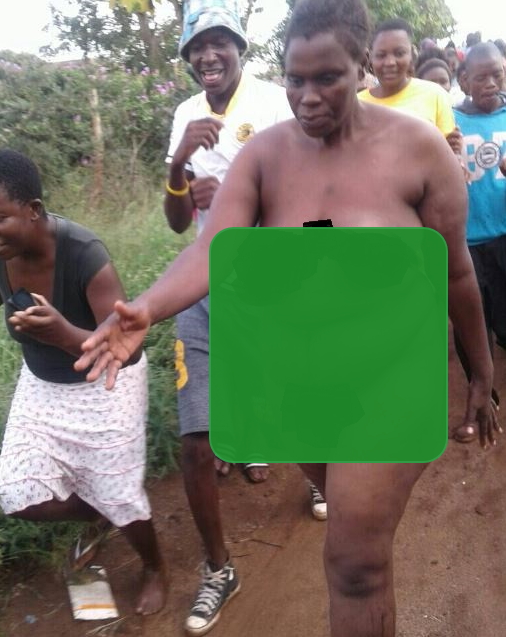 The crowd later paraded her naked on the streets before they handed her over to the police. 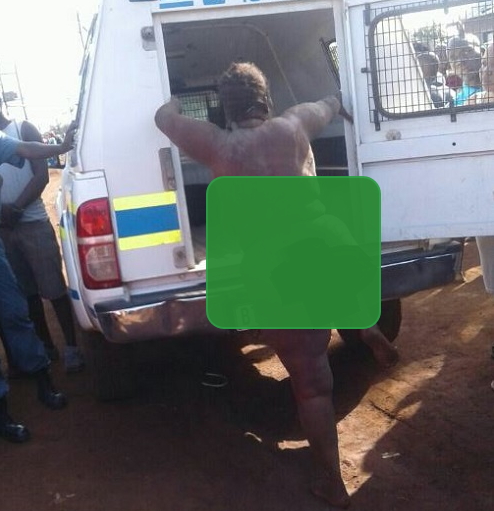