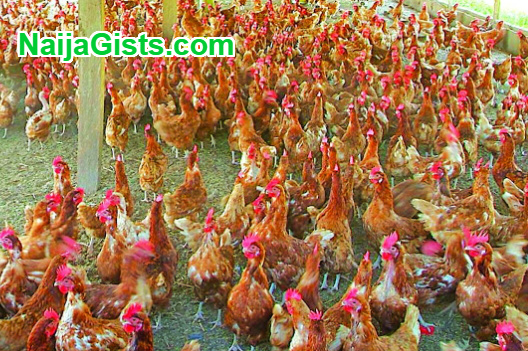 8 people today appeared before an Osogbo Magistrates’ Court in Osun over the theft of 1,000 chickens from a poultry farm.

The accused and others at large are facing charges bordering on stealing.

The Prosecutor, Insp. Taiwo Adegoke told the court that the accused committed the offence between the months of May, June and July at Erin-Osun, Osogbo.
Adegoke said the accused conspired with others now at large to steal 1, 000 chickens owned by one Mrs Titilayo Akulo.

He said that Odebiyi and Ayoola, who are co-workers at Aluko Poultry Farm, conspired to steal 1, 000 chickens valued at about N1.5 million.

The accused, however, pleaded not guilty.
Counsel to the accused, Mrs Bose Dada, prayed the court to grant her clients bail in the most liberal terms.

The Magistrate, Mr Olusola Aluko, granted the accused bail in the sum of N 100,000, with two sureties each in like sum.

Aluko said the sureties must reside within the court’s jurisdiction. He adjourned the case to Nov. 25, for hearing.