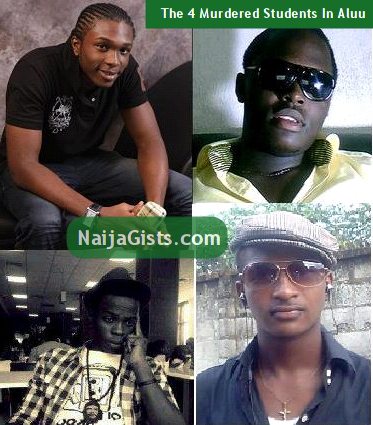 While we sympathize with friends and families of the 4 murdered student by some Aluu villagers in Port Harcourt, Rivers State Nigeria, it’s highly essential we all know what to do to prevent similar situations from happening in the future. naijagists.com 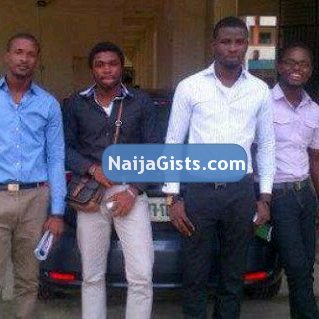 Here is a message received from a man who experienced a similar situation few weeks back and how he survived it.

Friends, I will share an experience with you, until this experience i never thought one’s situation could change in a split of second, on a certain Sunday after i came back from a convention, i received a call asking me to come and pick a CV i had dropped in a business centre, i was confused because I never have reasons to use a business center whatsoever because I run one myself so i told the person i wasn’t the owner of the c. v but the person mentioned my full name so there was no reason to doubt anymore, i cut the call and took it for a scam call but few days after, some boys came with the address on the c. v to my house i met them and they told me that their oga saked them to come and look for me so that i can come and pick the c. v i told them that i was the person mentioned but i never had reasons to use a cyber cafe so they left.

Some days later, some people knocked on my door one early morning and handcuffed me, they happened to be the police, on getting to the station, i became fully aware of the whole mess i was being subjected to, someone, a lady accused me of stealing her phone on that particular Sunday i received that call.

Prior to that day, I had never met the lady in my life but she was sure i was the one that stole her phone in that cyber cafe and of course with the evidence of my c.v in her possession, she said i dropped my c. v where i was browsing beside her and made away with my phone, can you see a perfect frame up?

Now imagine were i had left my house without thinking on that day to the location where the caller asked me to come and pick my c. v? she probably could have screamed thief! and i would have been burnt like this young men, in this country mostly the weak get killed, the terrible people always get away with crime.

The four boys killed at Aluu Village might be cultist but not even the cruel killer ones because they would have got away even with the presence of the vigilante group.

I have seen OPC take to their heel in the presence of armed robbers or probably these boys just set up by someone, uniport must not allow those boys die in vain, the rivers state governor who is also a lawyer must not allow this case to die.

My pastor has got so angry with corruption Nigeria that he says that anybody as a politician who wants to steal, now steals in billions and after that they becomes so popular so that they can contest for a higher post, but a common thief whose highest prison sentence could be three months or thereabout gets burnt.

Hope they get the justice they so deserve.

May their soul rest in perfect peace