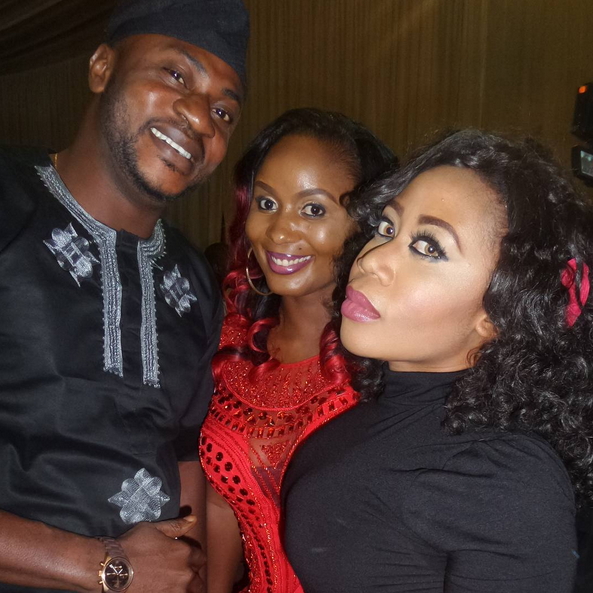 So while Moyo Lawal  was trying to have a moment with Odun, her friend, Amanda suddenly showed up to share in their star power.

Miss Ebeye then took her excitement to the social media gushing about her crush for the Yoruba actor.

“And that was how I saw my crush of life, Odunlade, live at the awards. I almost collapsed. This guy made me start watching Yoruba movies. From ‘Sunday Dagboru’ to ‘Monday Omo Adugbo’. I have all his movies in my house,” she said.

Moyo Lawal later accused her friend of disrupting her moment with Odun.

“Seee this goat ooooh …. you that came to impose on my Odunlade moment @odunomoadekola … you sha @amandaebeye will not let someone be great. …. hehehe” – said Moyo via her official IG page.

See Amanda’s response to Moyo below:

Odunlade Adekola, a married father of three has been accused of dating several ladies in the past but insiders at his church in Abeokuta said the man is a disciplinarian.

Amanda and Moyo, una no get mouth for here.