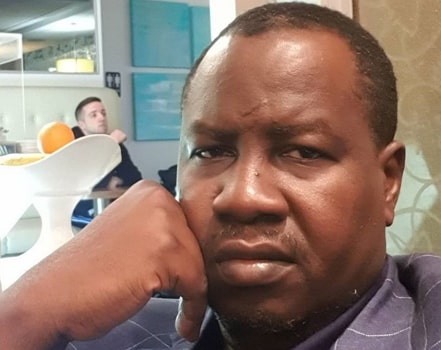 Ex-gubernatorial candidate in Lagos State, Babatunde Gbadamosi, has been detained by operatives of the Lagos State Police Command for allegedly contravening lockdown order declared by the State Government to curtail coronavirus spread.

Gbadamosi was detained after being spotted in a viral video attending a birthday party organised by Nollywood actress, Funke Akindele-Bello for her husband, Abdul-Rasheed Bello, held in Amen Estate, Ibeju-Lekki axis of the state.

A police source at the command headquarters revealed that Gbadamosi has been detained and may not be released by the law enforcement agency for engaging in an act that was at variance with the law.

Gbadamosi had released a video on Sunday stating he attended the party because he thought it was going to be strictly for staff and family members of the Bellos.

He also disclosed that he had spent an hour at the house party when a celebrity sauntered in with his entourage. At that stage, he said he felt he should leave—he didn’t leave.

Meanwhile, Gbadamosi, who is the owner of AMEN Estate, Ibeju Lekki where the Bellos reside, is in police detention.