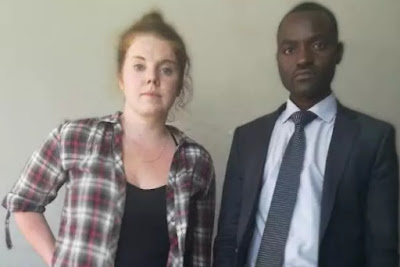 Nov 3, 2017 – US Citizen Arrested In Zimbabwe For Calling Mugabe A Goblin, Ugly Creature

A US citizen has found herself in problem for allegedly insulting the person of President Robert Mugabe.

The lady identified as Martha O Donovan was arrested today by the newly created Ministry of Cyber Security with her laptop seized for allegedly calling the President of the East African country a Goblin (ugly creature) in a tweet dated back to February of this year.

Her lawyer said she was arrested after tweeting about a “Goblin” whose wife and step-son had imported a Rolls Royce, apparently referring to 93-year-old Mugabe even though she didn’t mention his name.

She was arrested today after policemen with a search warrant invaded her residence.

Martha O Donovan who works as a journalist & project officer for a local TV station Magamba TV is still in detention. 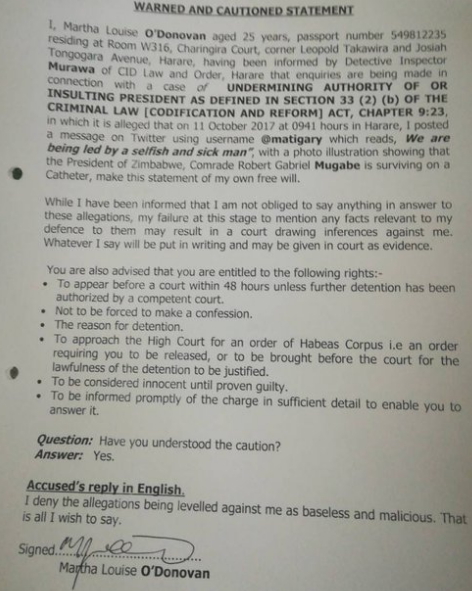 Though was forced to sign the Warned & Cautioned statement above, she was also charged for undermining President Mugabe.

If convicted she faces a maximum of one year in jail.

The US embassy has been notified of her arrest.

Continue Reading
You may also like...
Related Topics:arrest, journalist, us, zimbabwe