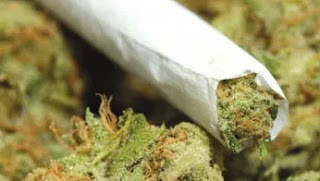 A man identified 24-year-old Patrick Amadi was today sentenced to 2 years behind bars by a Federal High Court in Lagos.

Amadi who allegedly smuggled Indian hemp into kirikiri prison for brother was charged on one count of drug trafficking by the NDLEA.

After he pleaded guilty and begged the court to temper justice with mercy, Justice Ayotunde Faji sentenced him to 2 years imprisonment.

He was arrested on Sunday the 18th of June 2017 at the Kirikiri Maximum Prison with 200g of the banned substance which he allegedly hid in his sandals.

In his confession, Amadi said he planned to hand over the narcotics to his brother whom he went to visit.