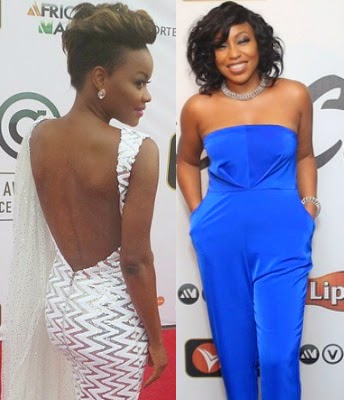 The two Nollywood divas who made it as the best in their field yesterday were Kehinde Bankole and Rita Dominic.