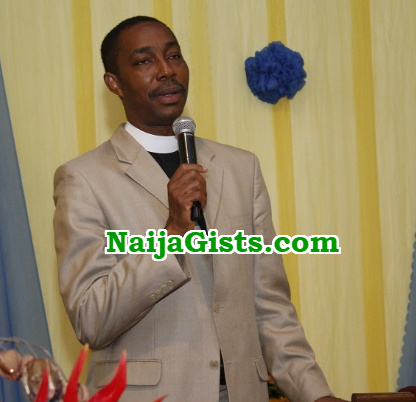 5 persons have been remanded at the medium prison facility in Ogwashi-Uku, Aniocha South Local Government Area of Delta State, over their role in the alleged forgery of the will of Chief Bernard Ogbolumani.

The accused include a popular Asaba-based legal practitioner, Emeka Okonkwo, and a priest of the Anglican Church, Rev. Samuel Azuka Ogbolumani, the deceased’s son.

In suit FHC/ASB/9c/2017 between the Inspector-General of Police and the defendants, Okonkwo and others are facing a seven-count charge of conspiracy and forgery before Justice Okon Abang of the Federal High Court, Asaba.

They, however, pleaded not guilty to all the charges when they were read to them.

After listening to the arguments of the prosecution counsel, Silas Onele, and defence counsel, A. Nwaka, Justice Abang ordered that the defendants be remanded in prison custody, pending the determination of their bail application.

They were arraigned after a forensic investigation to ascertain the validity or otherwise of the testamentary instrument/will of the late Chief B.O.I. Ogbolumani, which was suspected to have been forged, following complaints by some children of the deceased.

Count four of the charge read:

“That you, Emeka E. Okonkwo Esq., Chijindu Iloba Obanya (a.k.a. Jindu), Edozie Nwabuoku, Emeka Eseokwu, Rev. Samuel Azuka Ogbolumani and others now at large, between January and March 2000, in Asaba, within the jurisdiction of this honourable court, did knowingly and fraudulently forge the testamentary instrument/will of late Chief (Barr.) Bernard Ikenye Obidinma Ogbolumani and thereby committed an offence punishable under section 467 (2) (f) of the Criminal Code Act, Cap C38, Laws of the Federation of Nigeria 2004.”

Justice Abang, while handing down the remand order, declared that the case would be given accelerated hearing as soon as it commences trial on October 23, 2017, the next adjourned date.

Continue Reading
You may also like...
Related Topics:Anglican Priest, Fathers, forges, will

Evans: My Fleeing Gang Members Filed Lawsuit To Free Me, They Will Kill Me If Am Released
Uche Jombo Marriage Crashes As Photos Of Husband Kenney Rodriguez & New Girlfriend Leak