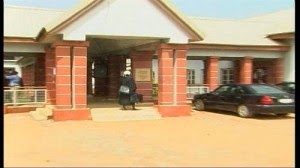 The police in Benin have arraigned two lawyers and a 50-year old man before an Oredo Magistrate Court for alleged conspiracy and forgery of a dead man’s will.

The accused persons, Mr Samuel Urhoghide, 75, Mrs. Mercy Sheidum, 46 and Jona Sojah, 50, were alleged to have forged the will of one late Engineer Kolawole Sheidum, claiming that the document was the will made by the deceased before his death.

The offence was allegedly committed at the Murtala Mohammed Way, in Benin.

It added that the offences contravened sections 516 and 467(2)(f) of the Criminal Code.

The accused persons pleaded not guilty to the two-count charge levelled against them.

The trial Chief Magistrate, Mr. Fred Igbinosa, however, granted the two legal practitioners bail in the ground of self-recognition, while the third accused person was granted bail in the sum of N100,000 and a surety.

The case was adjourned till 2 November.