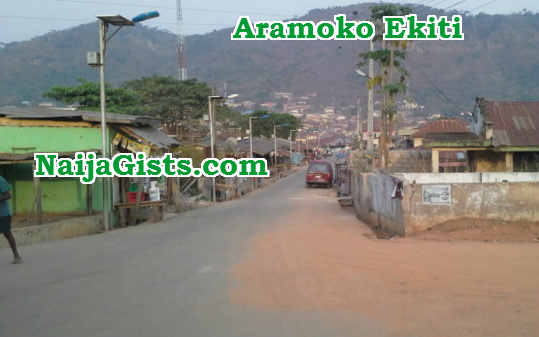 All hell broke loose yesterday in the quiet city of Aramoko in Ekiti State over a robbery attack that happened on December 25, 2015.

It was learnt that the some robbers robbed innocent people on Christmas Day near Aramoko Ekiti Police division but all calls to the police were ignored until the dare devils finished their operation.

In the process, the robbers shot a driver, Omolafe Aderiye dead while heading to Lagos.

We also learnt that the drivers were angry that the robbery happened a few metres away from a police checkpoint.

An eyewitness, said, “The protesting drivers said the police did not respond swiftly on Christmas day. They stripped the DPO naked and destroyed two police vans.”