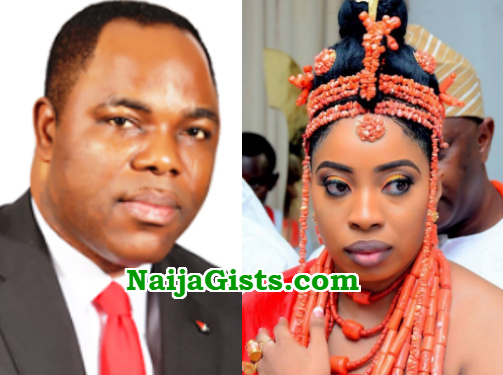 Except on very rare occasions, it is hard to see money men, especially those whose depth of wealth is literally immeasurable like Dr. Tunde Ayeni, multi billionaire businessman and philanthropist, get angry.

However, that flipside of billionaires which decades of romance with the valuable lucre has helped to temper may flip over in the easy-going Dr. Ayeni if mischief makers don’t stop linking him with Olori Wuraola, the troubled wife of Ooni of Ife . And the outpour, you can guess, would not be too palatable.

Like the death of an elephant that springs up different shapes and sizes of cudgels and knives, the infamous estrangement of Ooni of Ife, Oba Adeyeye Ogunwusi and his wife, Olori Wuraola, has continued to generate different denials and rebuttals especially from billionaire quarters.

The latest being Tunde Ayeni, the billionaire businessman. According to the businessman, who admits to have been rattled by the unfounded claims, there is no modicum of truth in the reports linking him with a relationship with the king’s wife.
While noting that he was introduced to the Olori by the Ooni himself, he admitted that they had indeed met twice but not alone. “We met twice and the Ooni was there on both occasions. Once at his home where all his family members were present, and the other time at his office,” he said.

Ayeni disclosed that he is too busy and morally upright to be involved in such trysts and had actually spoken to the monarch to clear the air. He further blamed detractors who he said had been on his case since he emerged as the winner of the bid to buy and revive NITEL.